2016 Rising Star Teacher of the Year 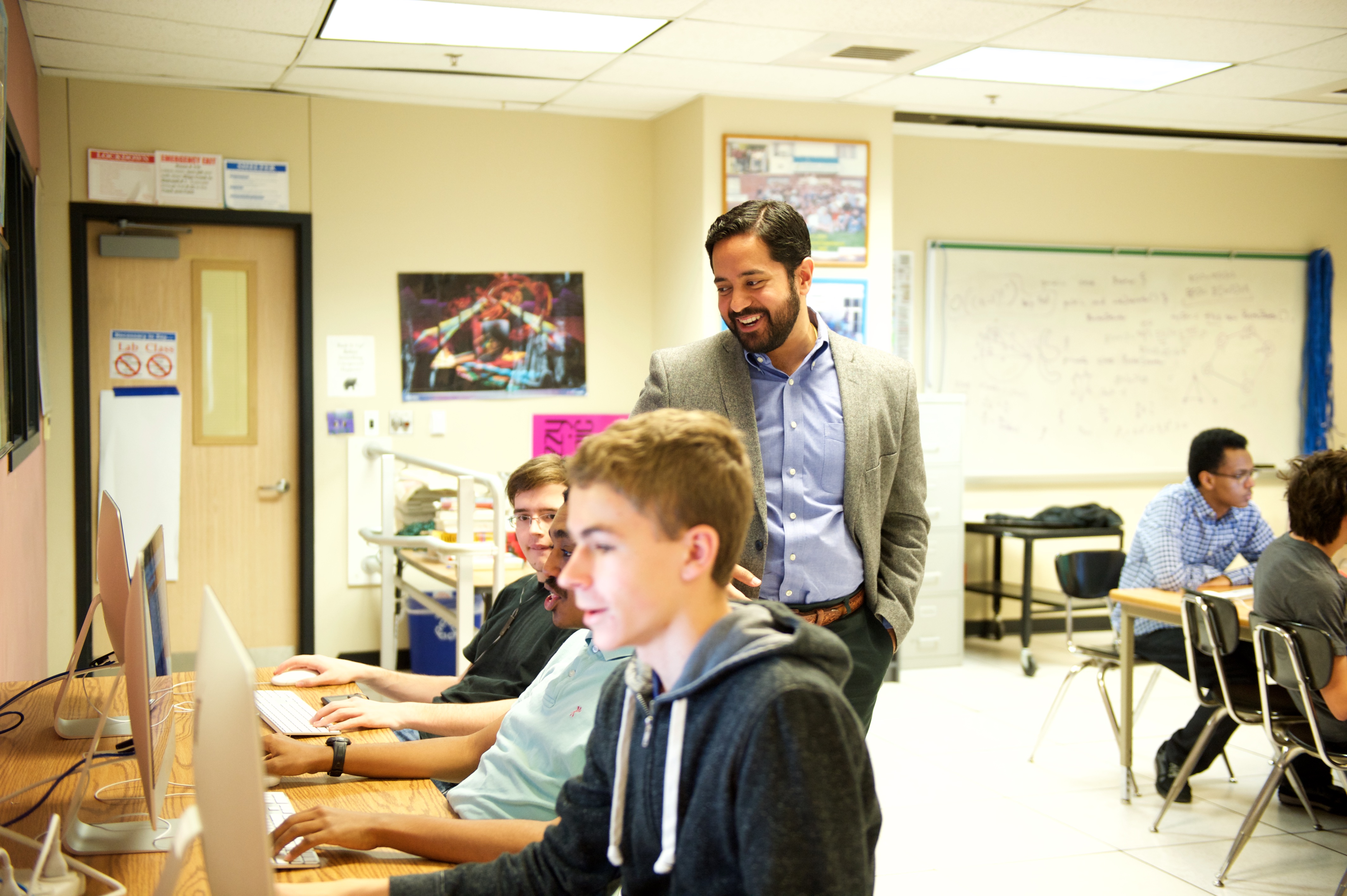 Two teachers have been named Rising Star Teachers of the Year by the Marian Greenblatt Education Fund. This award honors teachers with less than five years of experience whose creativity and enthusiasm encourages students to stretch themselves and achieve more.

Paul, a 2006 alumnus of the Math, Science and Computer Science Magnet Program at Blair, is in his fourth year of teaching and his second year teaching computer science at his alma mater. In the three courses he has taught—Computer Programming 1, Algorithms & Data Structures and Advanced Placement (AP) Computer Science—he has gone beyond the resources provided to him and created project-based learning opportunities for students to code and to discover the power of computer science. He has a unique classroom management style which has proven effective—his students watch his prepared lectures at home and he spends his classroom time working on college-level problem sets. He has also added a plethora of programming experiences to his Algorithms & Data Structures course, including encryption, steganography, credit card validation techniques and DNA data extraction.

He holds a bachelor’s degree from Harvard University and a master’s from American University. He is the vice president of the school’s PTA, a position that had never previously been held by a teacher. He worked to modernize the website and developed a parent outreach database. He is also a member of the board of directors for the Blair Magnet Foundation and represented Blair at a White House Summit on computer science education.